The ASRL represents the surf rowers of Australia, guiding the development and promoting the advancement of National surfboat competition at both grassroots and elite levels. 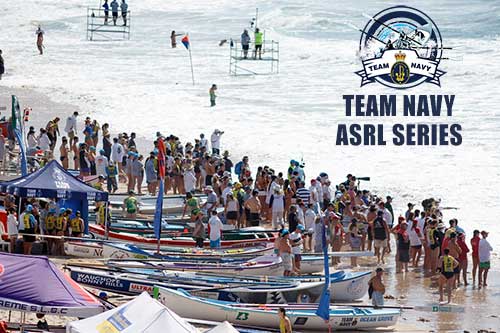 In the early 1990’s, a group of committed surfboat sweeps was very concerned that surfboats were being left out of the SLSA competition promotional picture. During the 80’s, SLSA with the help of Kelloggs, had heavily promoted the Ironmen into a televised series of events. In the early 90’s, the Uncle Tobys company decided to challenge the dominance of the Kellogg’s Ironman Series with the introduction of a competing Uncle Toby’s Series, which was also going to be televised. Uncle Tobys made approaches and wanted to include Surfboats, but this was being blocked by SLSA.

Frustrated by the denial of opportunity and a general feeling of surfboats being ignored by SLSA, it was decided by the surfboat crews to form a body then called the International League of Rowers (ILOR) that was Chaired by Keven (Bluey) Meyers of the Freshwater surf club.

Unfortunately, after much discussion and meetings between the ILOR and SLSA, SLSA continued to refuse to sanction the ILOR to allow surfboats to be a part of the new Uncle Tobys’ series.

This denial only heightened the frustration at continually being blocked from the right to race and promote Surfboat racing by SLSA, crews involved in the ILOR made the decision to accept the invitation to race as part of the Uncle Tobys’ series without SLSA sanction. The first Uncle Tobys’ event that included surfboats was held in 1993 at Surfers Paradise and twenty-four crews, mainly from Queensland, along with some interstaters from Sydney and Victoria, competed.

The members of those crews that competed at Surfers Paradise were cited to appear before a SLSA disciplinary committee meeting in Brisbane, charged with ‘conduct unbecoming’. At this point both parties were at a stalemate and at the subsequent disciplinary hearing SLSA arrived with Barristers while the ILOR was had the services of helpful lawyer. After much discussion, common sense prevailed and the charges were later withdrawn.

The Uncle Tobys’ crews continued to race that year ignoring a sustained assault of intimidation and threats by SLSA and SLSNSW.  State SLS officials were detailed to attend Uncle Tobys’ events to video and make note of the names of the crews and rowers competing for possible future disciplinary action.

SLSNSW instigated disciplinary action against some of the Uncle Tobys’ series crews, attempting to prevent them from competition in other NSW events. This resulted in court action in the Federal Court in New South Wales. That case was decided in favour of the ILOR and costs awarded against SLSNSW.

Under the weight of competitor pressure as more and more crews became aware of what was happening and fell in behind the push for a “fair go” from SLSA, eventually both SLSA and SLSNSW withdrew their objections and threatened sanctions against the surfboat crews.

The Uncle Tobys’ series, including surfboats, continued to race for four seasons and so the ASRL was formed to represent all rowers in providing a more level playing field for surfboats.

Very early in the process, as more boat crews swung their support behind the start-up ILOR group, it was decided to formalise their activity as well as make a name change and the inaugural ASRL President was Ron Payne in 1994-1995, followed by;

In 1997 the ASRL introduced an event simply called the “Open” which has been conducted each year since, growing to equal and then outgrow crew entry numbers at SLSA Australian Championship events. 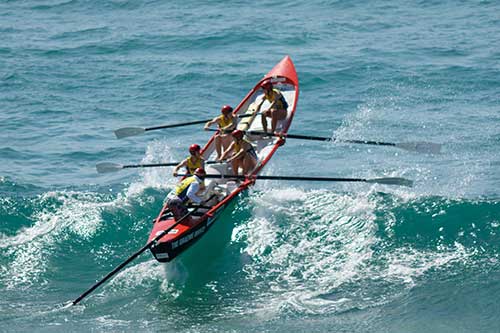 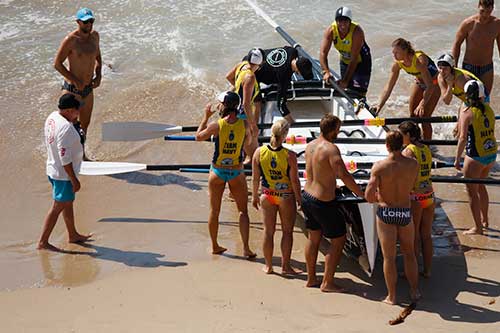 The first ASRL Interstate Challenge was held at South Port in 2004 and continued to be run at the ASRL Open until the mid-2000s when the ASRL organised for the Challenge event to become the full blown SLSA Australian Interstate for surfboats, which included every division of racing.

ASRL - what is the role we play

The ASRL influential in Surfboat Development

The ASRL through its sponsors has delivered literally millions of dollars directly back into the surfboat arena across a wide range of agendas.

What will the future bring?

Click HERE to read all about the history of Surf Boats in Australia
Last modified on Monday, 19 August 2019
Trackback URL for this blog entry.